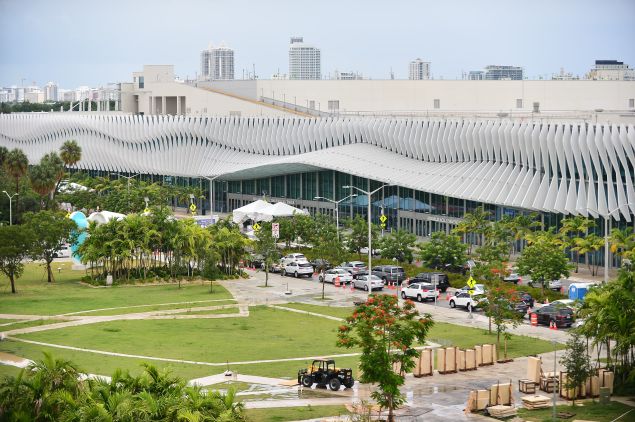 On Wednesday, organizers in charge of this year’s upcoming Art Basel Miami Beach fair announced that the event had been canceled. Given the fact that Art Basel Hong Kong was canceled back in February due to the coronavirus and “Art Basel Inside” Abu Dhabi was called off last year, two months after being announced, Art Basel Miami 2020’s cancellation doesn’t come as a huge surprise. However, the motivations behind the event’s unceremonious abandonment are worth parsing through. MCH Group, the event management company that owns Art Basel, has been grappling with financial uncertainties and elected in 2019 to focus its business on its fair events rather than its extraneous marketing efforts. Then, the pandemic hit.

“It is with great regret and disappointment that we announce the cancellation of our December show in Miami Beach, as we know how crucial our show is for our galleries, as well as for the greater Miami arts community and economy,” Noah Horowitz, the Americas director of Art Basel, said in a statement on Wednesday. “We thank everyone who shared their perspectives and insights with us over the past months and weeks and look forward to returning to Miami Beach next year to deliver a successful show.”

When in-person events became dangerous to conduct in the early months of 2020, galleries and museums responded by organizing digital-only online art fairs and hosting remote conversations between major figures in the art world. Similarly, Art Basel will host another edition of its Online Viewing Rooms series in lieu of an in-person fair in Miami this December. However, it’s clear that the long-term effects of the pandemic may require companies like MCH Group and fairs like Art Basel to fundamentally restructure themselves in order to justify their continual relevance. A 2021 Swiss watch fair organized by Art Basel called Baselworld was also recently called off due to the coronavirus, and MCH Group also laid off over 150 employees in April. If the writing on the wall means anything, this recent track record is not encouraging.