Each and every Wednesday, we present a fresh installment of “My Watch Story,” a video series starring HODINKEE readers and their most prized watches. Today, in honor of the forthcoming Father’s Day in the U.S., we have five paternal-themed stories submitted by Ted Larsen, Ross and Jay Nadel, Alan Cohl, Shyam Kurian, and Paul Connolly.

Already sent your video, and don’t see it here? Fear not – it’s likely to appear here in the weeks to come. Due to the large volume and quality of submissions, we are happy to announce that we will be presenting five more videos each week going forward.

Feeling inspired, or just discovering this project? Please scroll down to the bottom of the page to learn how to submit your own video. But first, we hope you enjoy this installment of My Watch Story.

Ted is an NFL offensive lineman who has played for the Tampa Bay Buccaneers, Arizona Cardinals, Miami Dolphins, and Chicago Bears in his decade-long career. This Tiffany watch belonged to his grandfather; it features the Merrill Lynch bull on its caseback, commemorating his grandfather’s 25 years at the company. Ted says he thinks about the day he’ll hand down his watches to his kids – and no doubt passing on the watch he received from his grandfather will be particularly special. 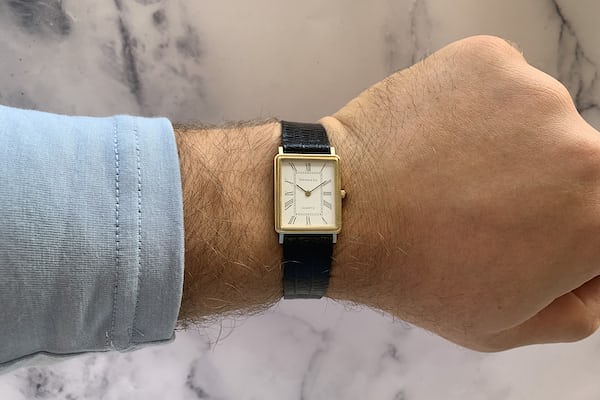 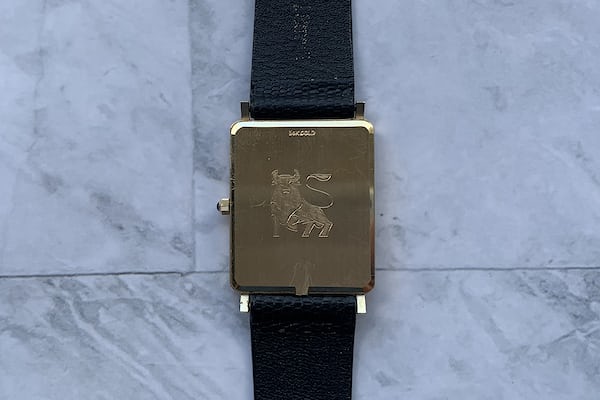 Ross and his father Jay are from Demarest, NJ. Jay always wanted a Rolex – so he had a good Father’s Day in 2001, when his wife bought him this two-tone Rolex Submariner on behalf of his three kids. Ross received his LeCoultre travel alarm clock from his grandmother; it had been a gift to her husband for his work on behalf of legendary New York Senator Jacob Javits’s campaign for New York’s 21st Congressional District in the 1940s. 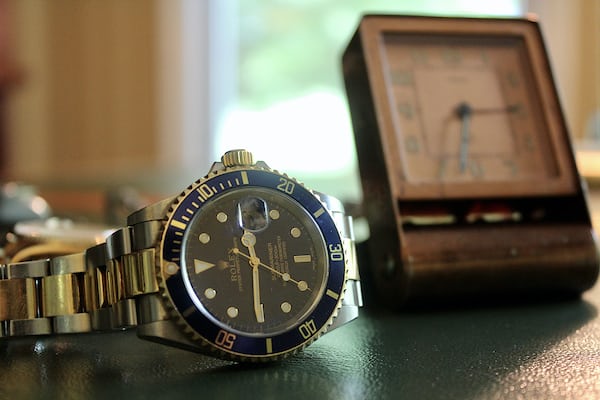 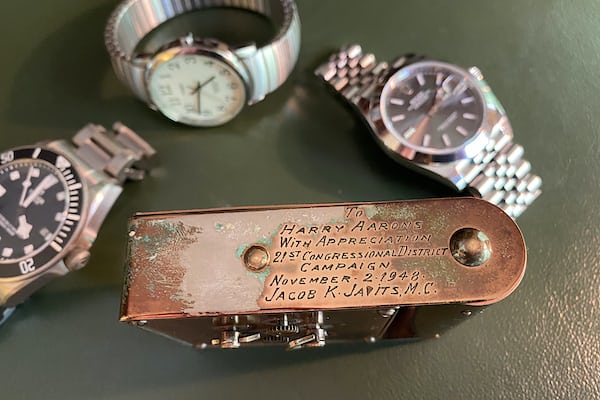 Alan is an architect and interior designer living in Israel, and his parents were Holocaust survivors. This IWC belonged to his father and was the only thing he had when he came to the U.S. – and he wore it all the time. Alan himself rarely wears it, but he looks at it often for inspiration. 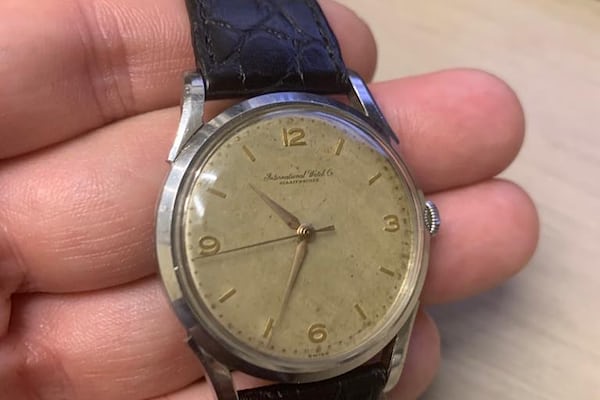 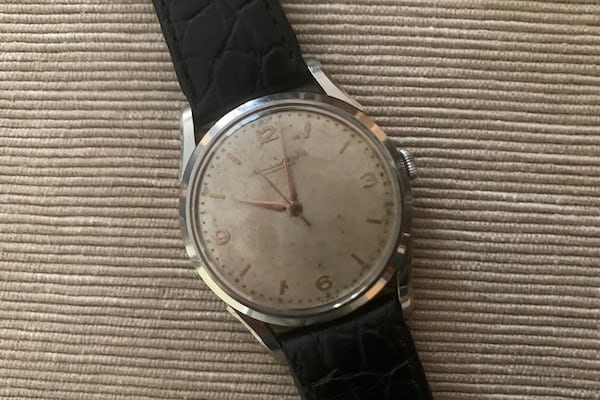 Shyam Kurian And His Omega Speedmaster

Shyam received this Omega Speedmaster Reduced from his father when he started medical school at the Mayo Clinic in Rochester, MN. Now entering his final year there, he wears the watch daily in the hospital, and he says its presence on his wrist has sparked many conversations with watch-loving patients. 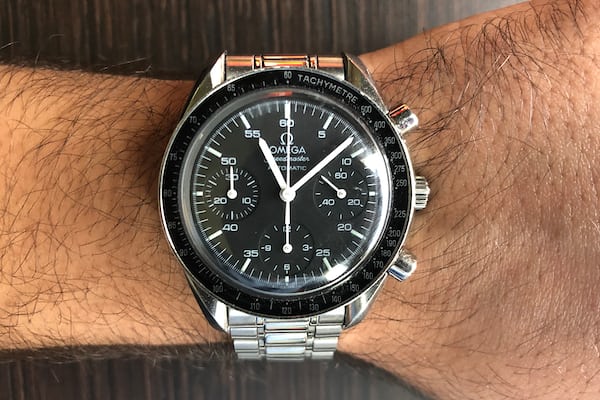 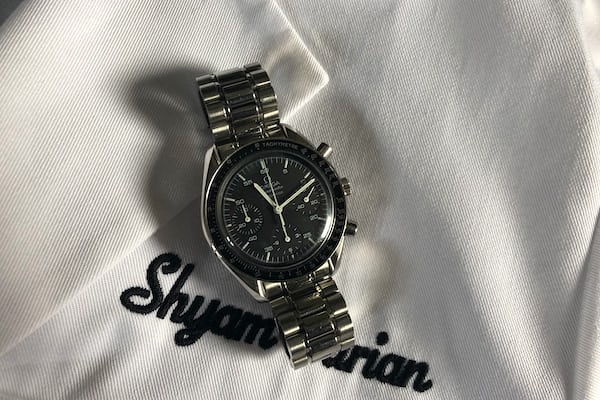 Paul Connolly And His 1970s Sekonda

Paul is an author who lives in Cookham, England, just west of London. This Sekonda had been a gift from his father in the 1970s, but at the time, he didn’t think much of it and never wore it. Two years ago, he rediscovered it in a drawer – and was amazed that it started running when he wound it, some 40 years later. Along with bringing back a lot of memories, it also set him off on his watch collecting journey. 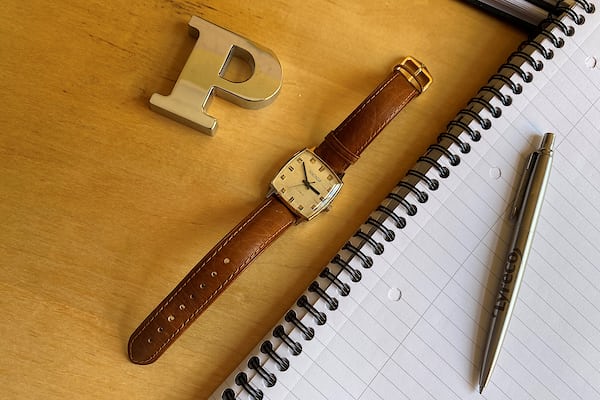 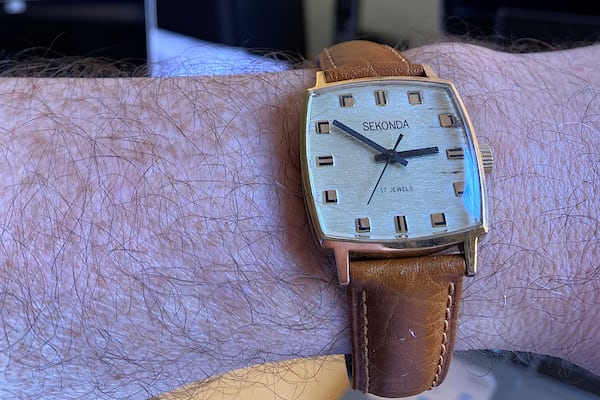 Ready To Submit Your Own Watch Story? Here’s How It Works

1. Pick one watch that is very special to you, and get your camera phone ready.

2. Record a video telling us your most interesting or meaningful story about your watch. Let’s say 2-3 minutes is the sweet spot – if you go longer, that’s okay. (And please remember to introduce yourself: your name and where you are from.)

3. Get creative, keep it clean, and have fun!

4. Take some photos on the wrist and a few shots of the watch so that we can proudly display them on our site. Horizontal, please.

5. To share your video and photos, you can either A) upload here; or B) upload to your preferred large file transfer service and send a link to mywatchstory@hodinkee.com.

There is no deadline for submitting your Watch Story; we’ll continue to publish five videos each week for as long as we are receiving entries, so keep them coming!